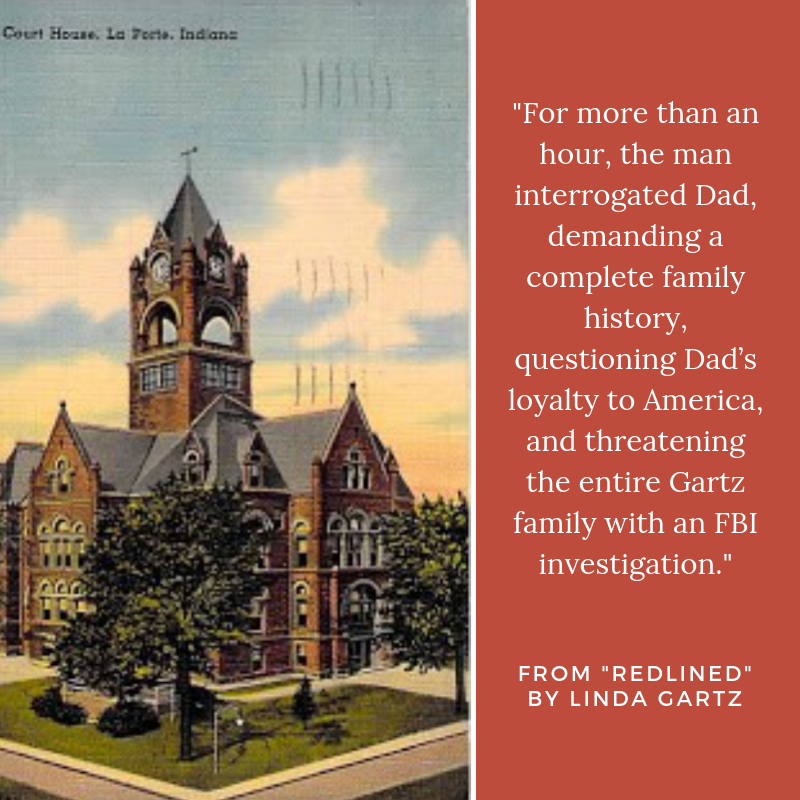 In the spring of 1942, Dad was hired as a blasting powder blender at the Kingsbury Ordnance Plant, a production factory for war munitions in LaPorte, Indiana. Crafting powders for bullets and bombs was dangerous work, but the job nearly doubled his salary, and he could still date Mom by driving back to Chicago most weekends.

Two months after he started, his personal world blew up. He often spoke about this watershed trial in his life. But when I came upon the letter he’d written to his parents at the time, Dad’s own words sharpened his ordeal into focus and drew me into his anguish.

He was testing and mixing some concoction when his boss summoned him. “I have a very painful duty to do, Gartz, but I’ll have to let you go.”

“What? Why?” Dad was blindsided.

“I don’t know. Talk to Personnel.”

In Personnel, Dad was shuffled from one man to another, each claiming to know nothing, lying, or making sly comments like, “You know why.” Caught in a Kafkaesque nightmare of subterfuge and deceit, he couldn’t eat or sleep. “I’m staying here to stand up for the family honor,” he wrote his mother.

Non-confrontational by nature, and after a lifetime of skirting conflict with his overbearing mother, Dad had mustered all his courage to stand up to power. After more than a week of runarounds, he finally scored a meeting with the personnel director. For more than an hour, the man interrogated Dad, demanding a complete family history, questioning Dad’s loyalty to America, and threatening the entire Gartz family with an FBI investigation. He then moved on to more pointed questions.

“Why do you cross your sevens? And why do you write the letter F like a German?” The veil was lifting. “You speak with a strong German accent. Why?”

“A strong German accent? I was born in Chicago! I’m as American as you!”