To ensure the safety of these loans, HOLC hired local real estate agents to create color-coded maps of every metropolitan area of the country. (See “Mapping Redlining”). Areas colored green were safest and red were riskiest. Even the most stable African American neighborhoods were “redlined.”

HOLC, the FHA, and other government agencies worked together with banks, appraisers, and the real estate sector to deny mortgages or housing loans to African Americans. The presence of one black entering a neighborhood could cause the entire community to be redlined–no housing loans available for anyone, black or white.

What that means today and why you should care:

From 1933 to 1968 (when the Fair Housing Act was passed) blacks were systematically denied the ability to invest in property, while whites could build equity in homes, and subsequent wealth. Today blacks have about 6-7% the wealth of whites (that’s “wealth,” not income).

The policy of redlining meant whites fled communities when blacks moved in, and segregation came to define America. Segregation costs cities a lot–both in real dollars and the resulting concentration of poverty and violence we see too often. (See Resources below.)

“Mapping the Disparities That Bred an Unequal Pandemic” by Jeremy Deaton and Gloria Oladipo, Bloomberg

“Confessions of a Blockbuster” by Norris Vitchek as told to Alfred Balk The Saturday Evening Post, July 1962.

“The Cost of Segregation” The Metropolitan Planning Council report

“The racial wealth gap: How Africa-Americans have been shortchanged out of the materials to build wealth” Economic Policy Institute

The Peabody award-winning report, “Kept Out,” by PBS News Hour and Reveal, the Center for Investigative Reporting, exposed how Blacks received 1/3 the number of mortgages as Whites with the same financial profile.

The groundbreaking study, “The Plunder of Black Wealth,” puts a shocking dollar amount to the wealth stolen from Blacks due to redlining: systemic racism.

Block By Block, Neighborhoods and Public Policy on Chicago’s West Side
by Amanda I. Seligman | Buy on Amazon

The Warmth of Other Suns: The Epic Story of America’s Great Migration
by Isabel Wilkerson | Buy on Amazon

As Long as They Don’t Move Next Door, Segregation and Racial Conflict in American Neighborhoods
by Stephen Grant Meyer | Buy on Amazon

The South Side, A Portrait of Chicago and American Segregation
by Natalie Y. Moore | Buy on Amazon

The Color of Law: A Forgotten History of How Our Government Segregated America
by Richard Rothstein | Buy on Amazon

The New Jim Crow: Mass Incarceration in the Age of Colorblindness
by Michelle Alexander | Buy on Amazon

Stuck In Place
by Patrick Sharkey  | Buy on Amazon 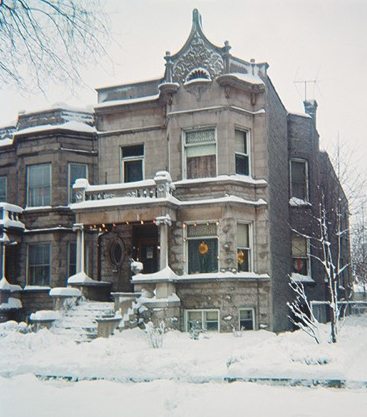 My parents staked their future happiness and all their savings on a beautiful graystone two-flat on Chicago’s West Side. They didn’t know their investment was doomed because of a little-known racist lending rule called “Redlining.” 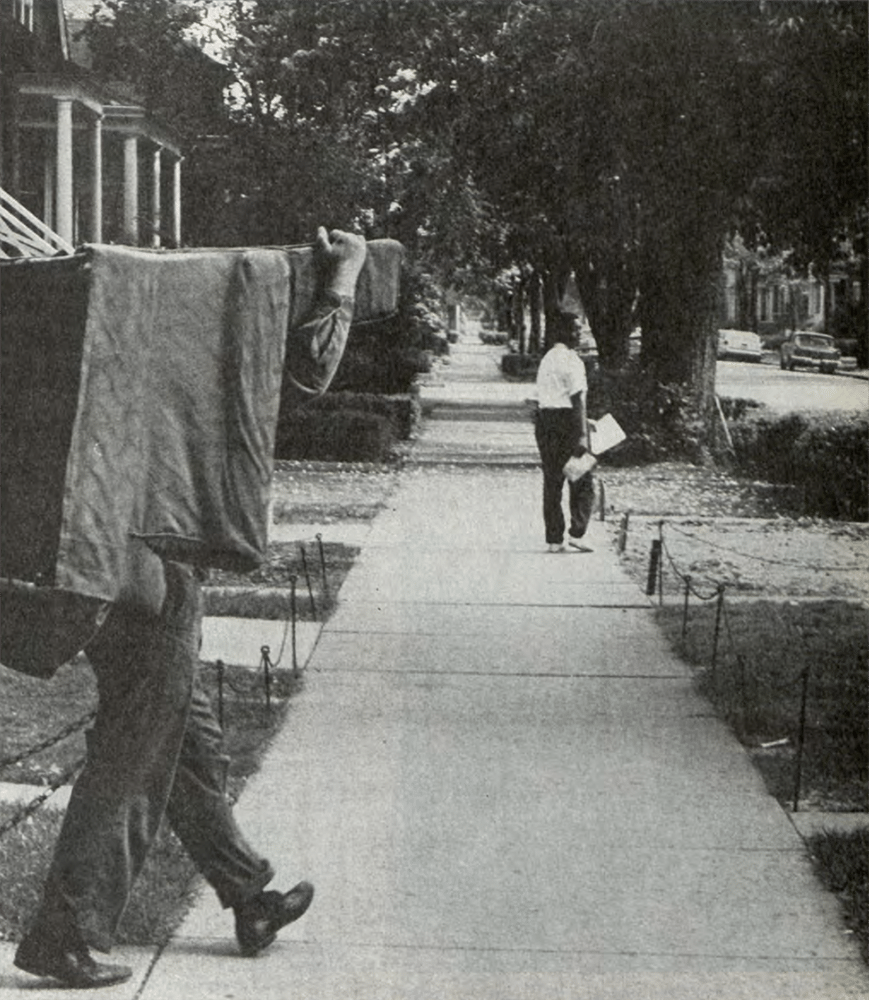 Movers carry out the belongings of a couple who had lived for twenty-two years in southwest Chicago. They left when the first Negros to come onto the block bought the house next door. Photo by Arthur Shay

The Racist History of Chicago’s Housing Policies [Inside Chicago, Part 1]

Here’s a compact and compelling overview of the focus in my book, Redlined (2018). Watch this short video of how Chicago was intentionally segregated by our government and the consequences of that legal segregation we live with today.

In this animation, adapted from his book The Color of Law (2017), historian Richard Rothstein explains with devastating precision how decades of brazenly intentional racist local, state and federal government housing policies led to the current status quo. Learn more here and here.

This 1940 HOLC map shows where I lived in West Garfield Park. Our two-flat was one block north and two blocks west of where the vertical and horizontal Xs intersect. Xs mean it’s commercial. Our area is colored yellow “definitely declining,” but my parents had no knowledge of such maps when they bought in the neighborhood Dad had called home for 35 years.

Martin Luther King, Jr.’s “I Have a Dream Speech: A Remembrance

Martin Luther King made his "I have a dream" speech on August 28th, 1963. It was held that day in honor of the anniversary of Emmett Till's torture and murder on the same date, in 1955.

This Memorial Day, I'm remembering two relatives who each served in one of the 20th century's two world wars.

Before Oprah spoke the name, "Recy Taylor" at the Golden Globe Awards on January 7th, most people hadn't heard of Mrs. Taylor, even though a new documentary, "The Rape of Recy Taylor," a film by Nancy Buirski had been released on December 7th, just a month before Oprah's speech.

Two Chicago shootings within 16 hours of each other: a man was shot dead in East Garfield Park this past Friday afternoon. Saturday morning, another man was seriously injured: shot in the knee and stomach. The 2nd man isn't dead, but his injuries will surely compromise his quality of life as long as he lives.