Two Chicago shootings within 16 hours of each other: a man was shot dead in East Garfield Park this past Friday afternoon. Saturday morning, another man was seriously injured: shot in the knee and stomach. The 2nd man isn’t dead, but his injuries will surely compromise his quality of life as long as he lives.

The street names where the shootings took place are intimately familiar to me. “Central Park and Jackson” reports WBEZ. Central Park runs right through the beautiful and iconic Garfield Park, forming the park’s eastern boundary south of Madison.

Shootings on Chicago’s West Side shake me. It’s the neighborhood of my childhood; of my father’s childhood. My grandparents settled in West Garfield Park in 1912, and it had a place in our family for most of the twentieth century. 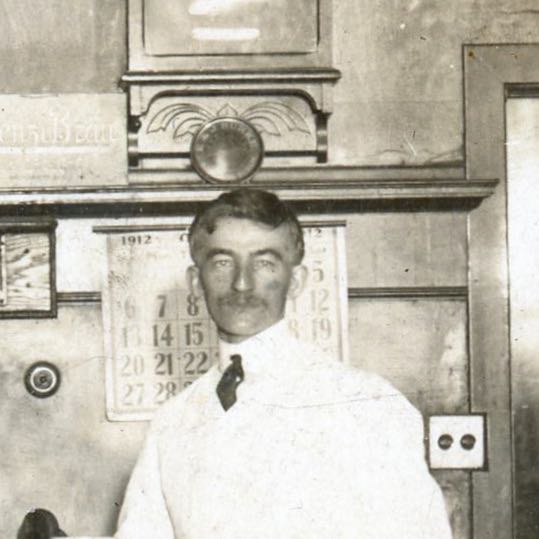 Josef Gartz, sandwich man at Joe Nelson’s Saloon. Close-up with 1912 calendar behind him. 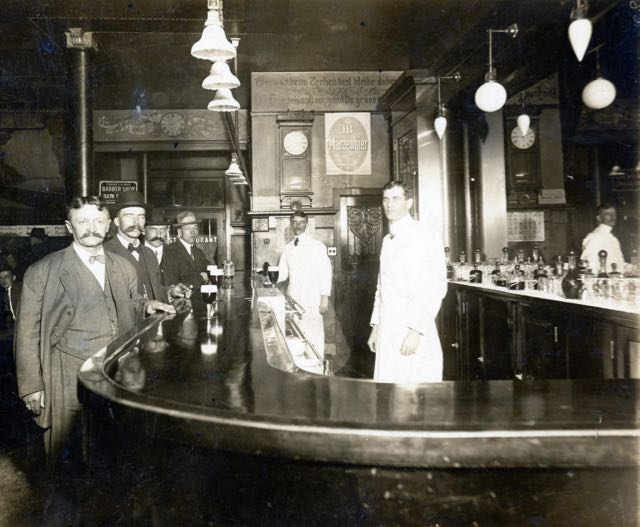 I played and picnicked in Garfield Park. When I was growing up, we didn’t have shootings. Guns have proliferated since then. (Don’t tell me the nonsensical phrase: “Guns don’t kill. People do.” We had people in this neighborhood throughout the first six decades of the twentieth century. They didn’t shoot each other at the rate of every other hour.What we didn’t have was a gun for anyone who wanted one.)

But this post isn’t as much about guns as it is about community and what happened to West and East Garfield Park, especially after  Martin Luther King was assassinated on April 4, 1968, and  riots exploded in cities throughout the country, including our neighborhood.

The community was devastated. It looked like Berlin after World War II, or for a more modern simile: like Aleppo, Syria. Think I’m exaggerating? Compare the photos: 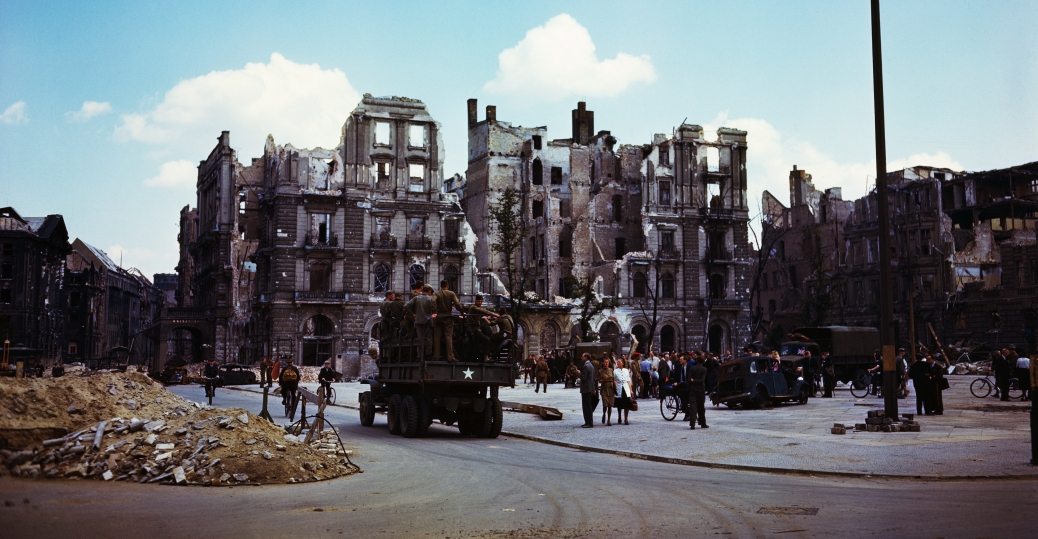 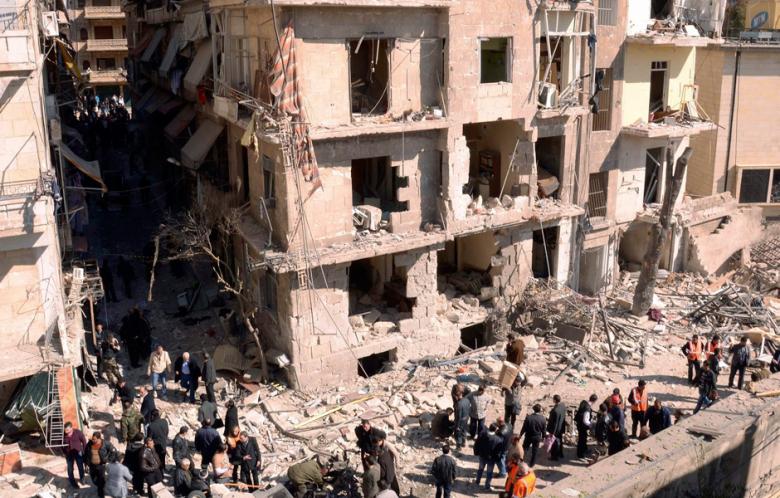 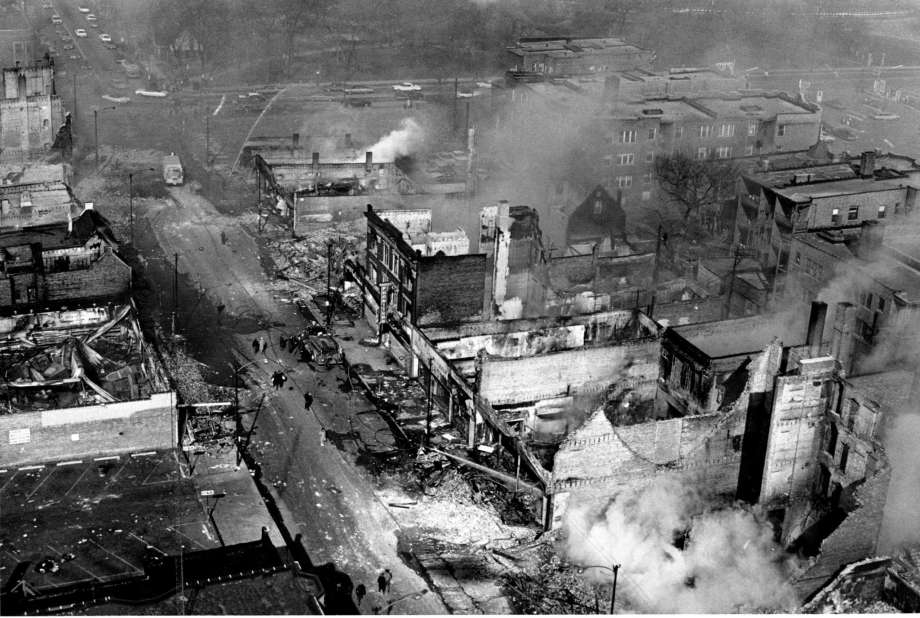 So what happened next? Was there a Marshall Plan, like for Europe after World War II? Did the city of Chicago pour resources into the community to help rebuild? Of course not. It was a mostly black neighborhood by 1968, so it was ignored.

Businesses fled. People had no place to shop in an area that had previously boasted one of the most vibrant commercial districts (surrounding Madison and Pulaski) in the city.

At the time of the King riots my parents were still caring for three apartment buildings, just blocks from the worst destruction. Their tenants were terrified. One tenant called my mother, her voice rushed and staccato: “Don’t come down here,” she said. “They’re turnin’ over cars. Attacking white people.”

My parents went down anyway, a day or so later. They had to check on their buildings and support their tenants. I recount these riots and and the effect on my parents and the West Side in my book, Redlined (see end of post).

But what did the city do to help the West Side? Nothing. It was left to churches and community development organizations like Bethel New Life, which grew out of my family’s church, Bethel Evangelical Lutheran Church at West End and Keeler.

Thanks to Mary Nelson and her brother, David, the pastor who led the congregation from 1965 until his death, and the devoted congregants of Bethel, people in West Garfield Park, increasingly poor, had some support. (Read my article on Mary Nelson on this site, here.)

Where is our city in figuring out the why behind so many shootings? People want to write off the violence as a “black problem.” Ta-Nehisi Coates says blaming blacks for the violence is “like shooting a man and then blaming him for bleeding.”

Huh? You say. I address only a small part of this metaphorical shooting in my book, Redlined. The decades of denying African Americans the ability to buy into the American Dream by making mortgages, and therefore, home ownership, virtually impossible for them, is a major theme of my memoir about my family’s lives on Chicago’s West side. Landlords could say to a black person’s face, “Sorry. We don’t rent to colored.” (!)

WBEZ covered this story today in its series, Every Other Hour, which is about how often there’s a shooting in Chicago, mostly on my old community of the West Side–or on the South Side.

It’s worth checking out the entire poem, but she ends this way, and I couldn’t agree more with her math, and the question at the end:

These shootings are not functions of ghetto justice.
This is injustice in ‘hoods where neighbors
talk, gather, invest.
I studied civil engineering.
When a bridge fails, teams of engineers
investigate the variables.
Their goal is to solve the question of “why?”
Where are the teams of social engineers flooding the scenes?
Who is here solving for why? 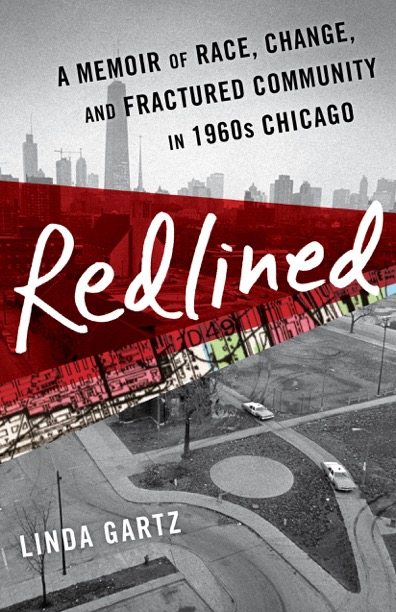