Black History Month – When, What, Why?

Today is the first day of “Black History Month,” an excellent opportunity to recognize the contributions of our fellow black citizens to America’s history. Throughout the month, we’ll read of scientists, artists, writers, astronauts (even women astronauts!), historians, inventors, and more. Blacks have excelled in every field. They’ve just been short on recognition. 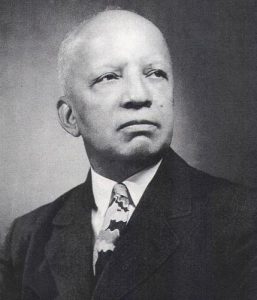 Carter G. Woodson, author, journalist and the founder of the Association for the Study of African American Life and History; one of the first scholars to study African-American history.

The story of Black History Month begins in 1915, half a century after the Thirteenth Amendment abolished slavery in the United States. That September, the Harvard-trained historian, Carter G. Woodson, and the prominent minister, Jesse E. Moorland, founded the Association for the Study of Negro Life and History (ASNLH), an organization dedicated to researching and promoting achievements by black Americans and other peoples of African descent.

Known today as the Association for the Study of African American Life and History (ASALH), the group sponsored a national Negro History week in 1926, choosing the second week of February to coincide with the birthdays of Abraham Lincoln and Frederick Douglass.

(As an aside, The NAACP was founded on February 12, 1909, the centennial anniversary of the birth of Abraham Lincoln.) 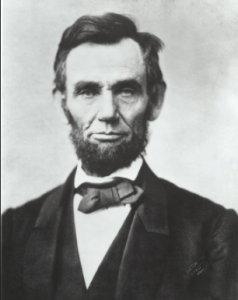 By the late 1960s, thanks in part to the Civil Rights Movement and a growing awareness of black identity, Negro History Week had evolved into Black History Month on many college campuses. President Gerald R. Ford officially recognized Black History Month in 1976, calling upon the public to “seize the opportunity to honor the too-often neglected accomplishments of black Americans in every area of endeavor throughout our history.”

My sons grew up in an integrated school system in Evanston, Il, just north of Chicago. Evanston’s schools weren’t always integrated because, as is true all to often in America, the population of the town is segregated. (The government policy of redlining had a major impact on segregating cities throughout the nation, and, as a consequence, also its schools).

In the 1960s, the Evanston school system began to initiate integration. It wasn’t perfect–far from it, but it has allowed black and white kids to attend school together over the past fifty years and learn each other’s history. When my older son went to college, he took a class on black history as an elective, but dropped it after a couple weeks. “I’d already learned about every black person and event the class taught about since third grade,” he said. 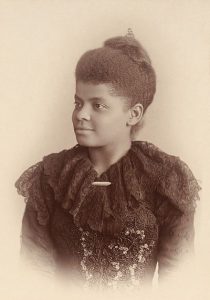 That reveals a lot. The most basic knowledge about African Americans and their history was news to most of these white college students. People like Ida B. Wells (journalist and a tireless anti-lynching champion), Sojourner Truth, an escaped slave, passionate speaker, and abolitionist, William Du Bois, writer, sociologist, a founder of the NAACP—these are among the most well-known names of famous African Americans, yet many white students in college didn’t know anything about them, except maybe that the names were familiar.

We can’t all be experts on everything or every group, but given the continued racial tensions in our country, it makes sense for white folks to know more about the history of blacks in our country. Blacks have always learned about white history. It was called “history.”

I hope that my book, Redlined, also reveals some long-unknown truths about the black experience in America and how redlining created  blockbusters, white flight, and our segregated cities. For the most part,  neither blacks nor whites understood knew the underlying reasons behind these phenomena. (Read my blog post about blockbusting.)