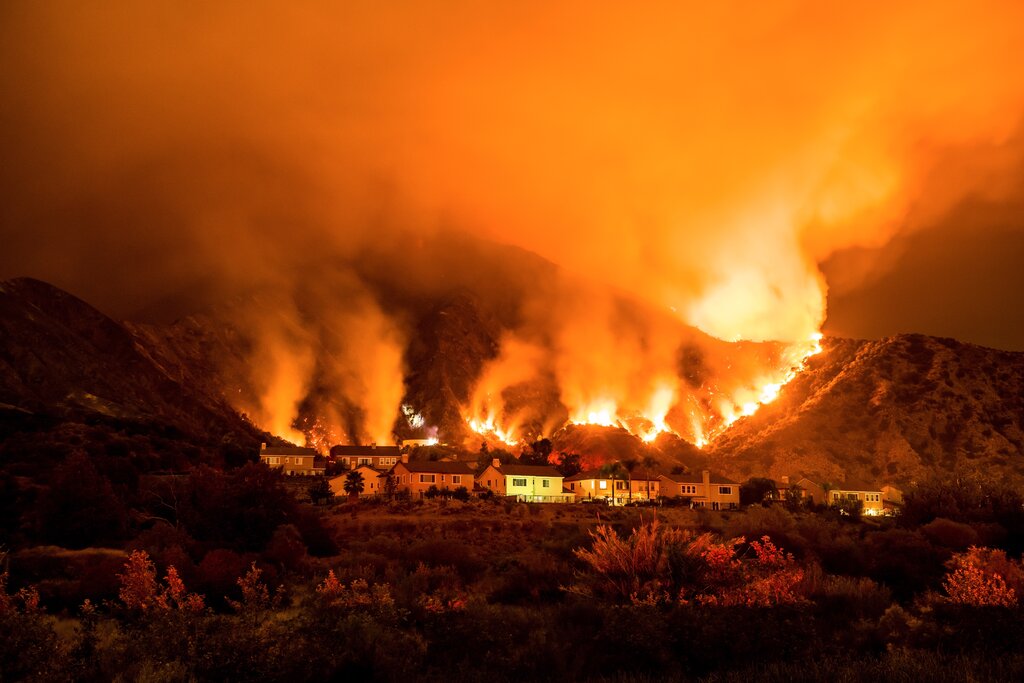 Fires rage all along the coast of California as I write this. Air quality is listed within the top ten worst in the world for many cities where people I love and care for live. Rolling blackouts in California last fall hoped to prevent “a live wire from sparking a fire.” The very thought of people burned alive as if it’s an environmental “burned at the stake” makes me shudder, literally sending prickly chills up my legs and arms.

I’m crediting Jesse Kornbluth, aka Head Butler, journalist and concierge of all things cultural, with alerting me to this New York Times Magazine piece, “How Climate Migration Will Reshape America.”

If you don’t have time to read a multipage article, click here for Kornbluth’s summary of key points. He also reviews Exit West: A Novel by Mohsin, a fantastic read about stateless people who migrate simply by walking through doors. Part magical realism, science fiction, and the story of a couple trying to find home, it’s relevant now.

The author of the NYT Magazine article, Abrahm Lustgarten, notes that “California’s property insurers—having watched 26 years’ worth of profits dissolve over 24 months—began dropping policies.” Fear will spread doubt and devaluation from door to door, Lustgarten writes, as it did in the foreclosure crisis.

So here’s where I learned the term “bluelining.” Lustgarten interviewed Jesse Keenan, an urban-planning and climate change specialist. He advises the federal Commodity Futures Trading Commission on market hazards from climate change.

“Last fall, as fires ravaged California, private equity investors and bankers” began calling, asking him for his predictions for the state’s future.

What caught my eye was what “Keenan calls the practice of drawing arbitrary lending boundaries around areas of perceived environmental risk [from fire, flooding, etc.] ‘bluelining.’ Many of the neighborhoods that banks are bluelining “are the same ones that were hit by the racist redlining practice in days past.” Here’s another way that redlining, legally denying loans to African Americans, in practice from 1933-1968, is still with us. 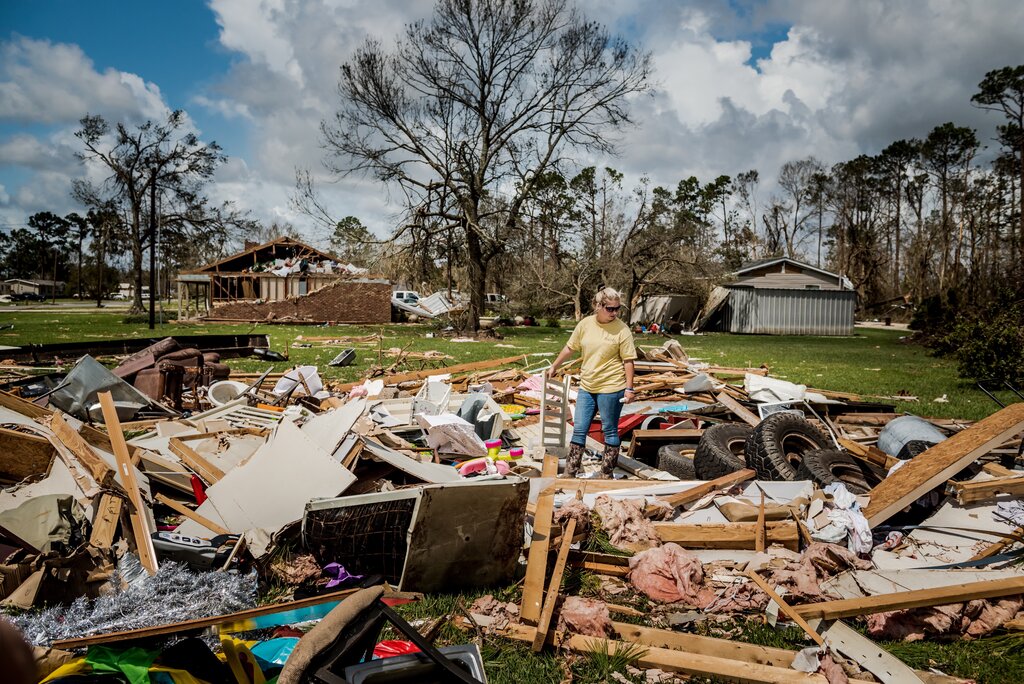 LAKE CHARLES, LA. Cassidy Plaisance surveying what was left of her friend’s home after Hurricane Laura.

Click on this analysis by First Foundation’s released maps: “Find Your Homes Flood Factor.” It reveals “that 70 percent more buildings in the United States were vulnerable to flood risk than previously thought; most of the underestimated risk was in low-income neighborhoods.”

These environmental scourges are a reminder that areas that have what we call “livability” are endangered. The people whose environments become unlivable will become migrants, throughout the world,  just like those who left the uninhabitable Dust Bowl in the 1930s. Remember Grapes of Wrath?

“The window for action is closing. The world can now expect that with every degree of temperature increase, roughly a billion people will be pushed outside the zone in which humans have lived for thousands of years.”

I highly suggest you read the entire NYT Magazine article to get a full perspective. And think about bluelining. Like in the aftermath of Katrina, it will be the most vulnerable, the poorest, usually people of color, who will be affected—and on the move.

Thank you for reading. Note the intense and powerful photographs in this article are by Meridith Kohut.

Hey friends, Check the Events tab on my website to keep up-to-date on the many Zoom events upcoming this fall. A great way to catch up on the relevance of redlining in this moment.

The next one will be on Monday, Oct. 5th at 7 p.m., sponsored by the Wilmette Library. Hope to see you virtually! I’ll connect the dots between the redlining and the systemic racism that allowed George Floyd to be murdered and the disproportionate deaths of African Americans from COVID-19.

Another terrifying thought..I did hear that more people are building in the forests which sounds lovely, as long as there are no fires…it’s a frightening thought. Thanks for the update.

Linda, I have thought about your book again recently because there also have been some articles about home appraisals In the same neighborhood that seem to be prejudicial toward people of color.

Hi, M.A.,
Thank you so much for taking the time to comment. Appraisals of homes in African American communities continue to be below that of white neighborhoods with similar housing stock and safety. I hope that the recent focus on systemic racism will continue move people in positions of power to be more fair and inclusive.
I was just mentioning your name to Bill the other day. I recalled how much we enjoyed your and Jim’s company on our 2017 Nat-Geo/WSJ trip. It will be a while before any of us can travel again. Be safe! ?

Hi Marian. My ideal getaway home would have been in a beautiful wooded area with water nearby. No longer – at least not in CA. Thanks for always reading and commenting!

So am I correct in understanding that “blue-lining” is something negative for people of color just as red-lining is?

Hi Nevara, Sorry for the delay in responding. I wouldn’t say it’s AS negative as the legal redlining was, in that the federal government made discriminating against blacks and people of color legal. I think this is the key from what I read in the NYT article: …’ the practice of drawing arbitrary lending boundaries around areas of perceived environmental risk [from fire, flooding, etc.] ‘bluelining.’ Many of the neighborhoods that banks are bluelining “are the same ones that were hit by the racist redlining practice in days past.” Here’s another way that redlining, legally denying loans to African Americans, in practice from 1933-1968, is still… Read more »