Depraved art, my uncle, and me 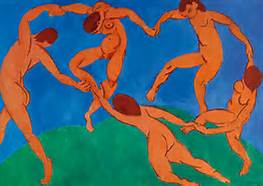 I had never heard the term, “Entartete Kunst,” German for “Depraved Art,” until I traveled to Germany, in 1969, to study at the University of Munich. I had also never heard the names Henri Matisse, Franz Marc, Otto Dix, George Braque, Max Ernst or any of the dozens of artists whose work was the subject of the “Twentieth Century Art” class I took at the university. I had heard of Picasso, but had no idea of the philosophy or scope of his work, no idea what Cubism even meant, no knowledge that Picasso and Braque, both originators or Cubism, had been influenced by Cézanne, of whom I was also ignorant.

All that changed when I enrolled in a class called “Kunst im Zwanzigsten Jahrhundert” (“Art in the Twentieth Century”). That class, more than any other, transported me from zero knowledge of a subject on what seemed like an exponential learning curve. Certainly I had gleaned only the most rudimentary understanding of Twentieth Century Art, but I gained a vocabulary and a basic understanding that has stayed with me for more than four decades.

These are the first artists I seek out when I go to a museum. I’ll make a special trip to view an exhibit that focuses on any one these great Modernist masters. Perhaps that’s because they represent more than art to me. They represent a time in my life when I was on the cusp of adulthood, the first time living away from home, out of my city, out of my country. When I was learning a new language—not just the language of German, but of art.

I had become so enamored with the artists we studied, I bought postcards or their work and plastered them on the wall of my tiny dorm room. Works by Matisse, Marc, Klee, Braque, Picasso, Chagall kept me company as I studied and struggled with convoluted German grammar. They greeted me when I returned from hitchhiking forays through Bavaria, Austria, Italy—and every other destination my best buddy and I wanted to visit. I turned to find solace in their odd lines, brilliant colors, abstract depictions of the world as I navigated my own new world, making decisions, and living with the consequences, good and bad.

Yesterday in Augsburg, a beautiful university town not far from Munich, it was announced that some 1500 Modernist works, believed to have been confiscated in the late 1930s by the Nazis, had been discovered in a Munich apartment. The art world was set on fire. (See two NYT articles: “…A Triumph Over the Nazis’ Will” and “German Officials Provide Details on Looted Art“).

Already a juggernaut of claims has been set in motion. They will probably take years, and plenty of acrimony, to resolve. But for me, this discovery lays claim to my personal journey.

As I was first learning about these works in my twentieth century art class in Munich, somewhere in the same city, perhaps not far from the university, a man was hunkered down, surrounded by hundreds of hidden twentieth century masterpieces, about which he was undoubtedly very well-informed.

It may seem odd to be including these ruminations on a blog about my uncle’s World War II letters, but there is a connection. In 1943, Frank Gartz was in training to fight and defeat the Nazis, just as Hitler was trying to create a world that reflected only his ideas of perfection. That meant that human beings who didn’t meet Hitler’s standards of genetic perfection had to die. It meant that any art which didn’t glorify the Aryan ideal was “depraved” and had to removed from museums and private collections before it corrupted the German people.

Perhaps if my uncle and his peers hadn’t been so well trained, hadn’t fought so hard, hadn’t sacrificed so much, these works would no longer exist.