Juneteenth: A holiday a long time in coming

I had never heard of Juneteenth. It never came up in any aspect of my education, not in grade school, high school, nor college; not in general history, Social Studies, nor American History. I guess the wisdom of textbooks and curricula for all our country’s youth was to ignore that enslaved African Americans living in Texas had never learned that they’d been freed by the Emancipation Proclamation, declared two and a half years prior to their hearing about it.

The first time I heard of Juneteenth was from my friend and fellow producer from WTTW (Chicago’s PBS station), Judi McCray. I had met Judi back in 1990, when she worked with me as associate producer on my WTTW documentary, “Teach Me!”, which was honored with a Chicago/Midwest Emmy Award for a documentary of current significance, 1991-1992. 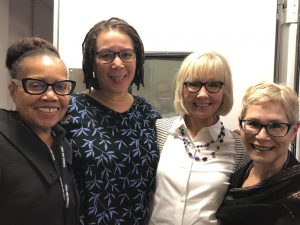 Judi went on to found her own production company in the late 1990s, and she called it “Juneteenth Productions.” We lost touch for a long time, reconnecting when she saw that I had written Redlined and invited me to be a guest on the podcast she produced, “Zebra Sisters,” an interview show hosted by two whip-smart women, one White, one Black, Chicago Sun-Times columnist Mary Mitchell and former reporter and teacher Leslie Baldacci. 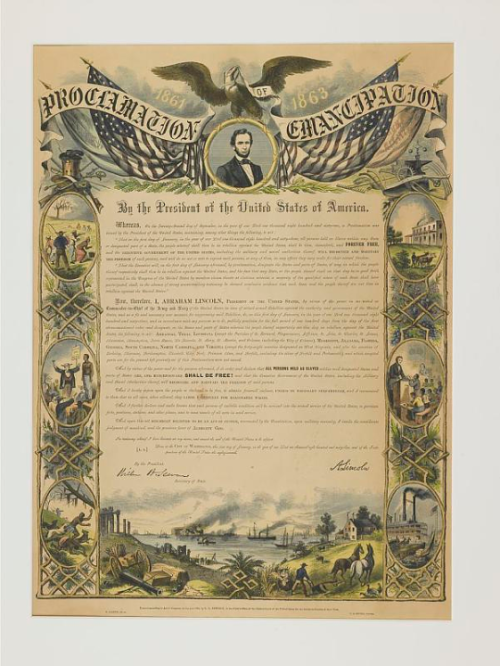 In our emailing, I noticed the name “Juneteenth” in Judi’s email address. Curious, I researched the name and discovered its history. If you haven’t heard, Juneteenth is a holiday celebrated annually to commemorate when Union army general Gordon Granger arrived in Galveston, Texas, after the North won the Civil War, and read the federal orders, on June 19, 1865, proclaiming all slaves in Texas were now free. (Of course, they had been officially free since January 1, 1863, but they didn’t know it.) 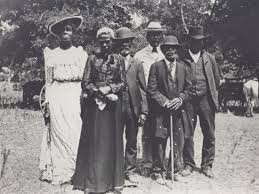 An early celebration of Juneteenth in Texas

That’s right. The Blacks in Texas had stayed enslaved for two and a half years after they had been legally freed by the Emancipation Proclamation, signed by Lincoln on January 1, 1863. But the Civil War had continued to rage, and Blacks in Texas were denied their freedom until June 19th, Juneteenth.

Like so many revelations about African Americans and their history that are now infiltrating white Americans’ consciousness, Juneteenth is now on the lips of people who had probably never heard of it just a few weeks ago. That’s what the death of George Floyd has sparked.

Today’s worldwide protests are attended by whites and blacks (unlike after King was murdered in 1968, when the rage exploding in riots and uprisings across the nation was almost exclusively from African Americans). The intensity and duration of today’s protests have forced White folks to ask ourselves about our own implicit biases and racism (not necessarily overt, but just in the way we are allowed to move through the world, unimpeded by the color of our skin).

Exploding interest in reading about race

Book stores and Amazon are noting a huge demand for books about racism and the Black experience. That’s a good thing that so many readers are showing a willingness to “do the work” to grapple themselves with what Blacks have had to suffer and tolerate for generations in a systemically racist society. (At the end of this post, I’ll include the titles of many books I’ve found on other sites that are helpful in grappling with American racism.)

Now I’m reading and hearing about many businesses that are declaring Juneteenth a paid holiday, a date that most probably hadn’t given a thought to on the anniversary last year.

I say June 19th is deserving of a holiday for both Whites and Blacks. We, as white people, should want to celebrate a date that, too long in coming, finally brought freedom, the promise upon which our country is founded, to our fellow citizens, forced to endure slavery at all, much less for too long after they should have been free. Now let’s get it into the textbooks.

Here is a link to Julia Wuench’s article in Forbes: “First Listen. Then, Learn: Anti-Racism Resources for White People”

At the end, you’ll find a very thorough list of articles, books, and more, including suggestions for young people, if you want to explore the topic further. As Wuench says, “This list is by no means exhaustive. Start by picking one book, one article, or one podcast.”

Redlined tells a firsthand story about a West Side Chicago family’s personal struggles and dreams intersecting with the racial upheavals of the 1960s.

Linda, learned about Juneteenth from Hecky Powell who held an annual event over at Noyes St. celebrating the historic date, including great food from Hecky’s…it was a benefit and preceded his Forrest E.Powell benefit. Cheryl could tell you more.

Hi Marian. I somehow recall Hecky having “events,” but I was not tuned in enough to his events to really understand that they were about Juneteenth. I hope Cheryl is doing ok.

Hi Marian,
I’m flummoxed as to how I missed your comment in June. My deepest apologies for a long silence. I wish I had been more informed about Hecky’s event. I would love to have gone. He’s an Evanston icon and is sorely missed.

Hi, Linda, I’ve been thinking of you and Redlined a lot, since the sad and shocking stories of police brutality have also brought forth the issue of people of color not being able to acquire property as easily as white people, despite similar income. I had not known much about redlining until I read your book. I knew the practice might exist in some places, but I didn’t know how effectively it had been used to keep POC from ownership and its attendant privileges, not the least of which is the peace of knowing one will not be evicted. I… Read more »

Hi Francine, Thank you for your comment and for letting me know that “Redlined” filled in a bit of history, which I didn’t know either until I began researching for this book. It was an eye-opening journey for me as I read more and more books about the African American experience. I don’t know what to make of these people who are such racists. I hear your pain in realizing that ancestors owned slaves. They did more of the right thing than our own government did. The 40 acres and a mule each freed slave was to received never materialized,… Read more »

Hi Francine, For some reason I missed yours and all the other replies that came in after my Juneteenth post. Thank you so much for taking the time to comment. I understand the difficulty in knowing that ancestors held slaves. I think your g-g-g-grandparents did their best, given the era and the attitudes, to not do the horrible things that so many other slave-holders felt entitled to do, like torturing the slaves, separating families, etc. I’m sure there are those who would say no matter how much “good” slaveholders tried to do for enslaved people, it could never wash away… Read more »