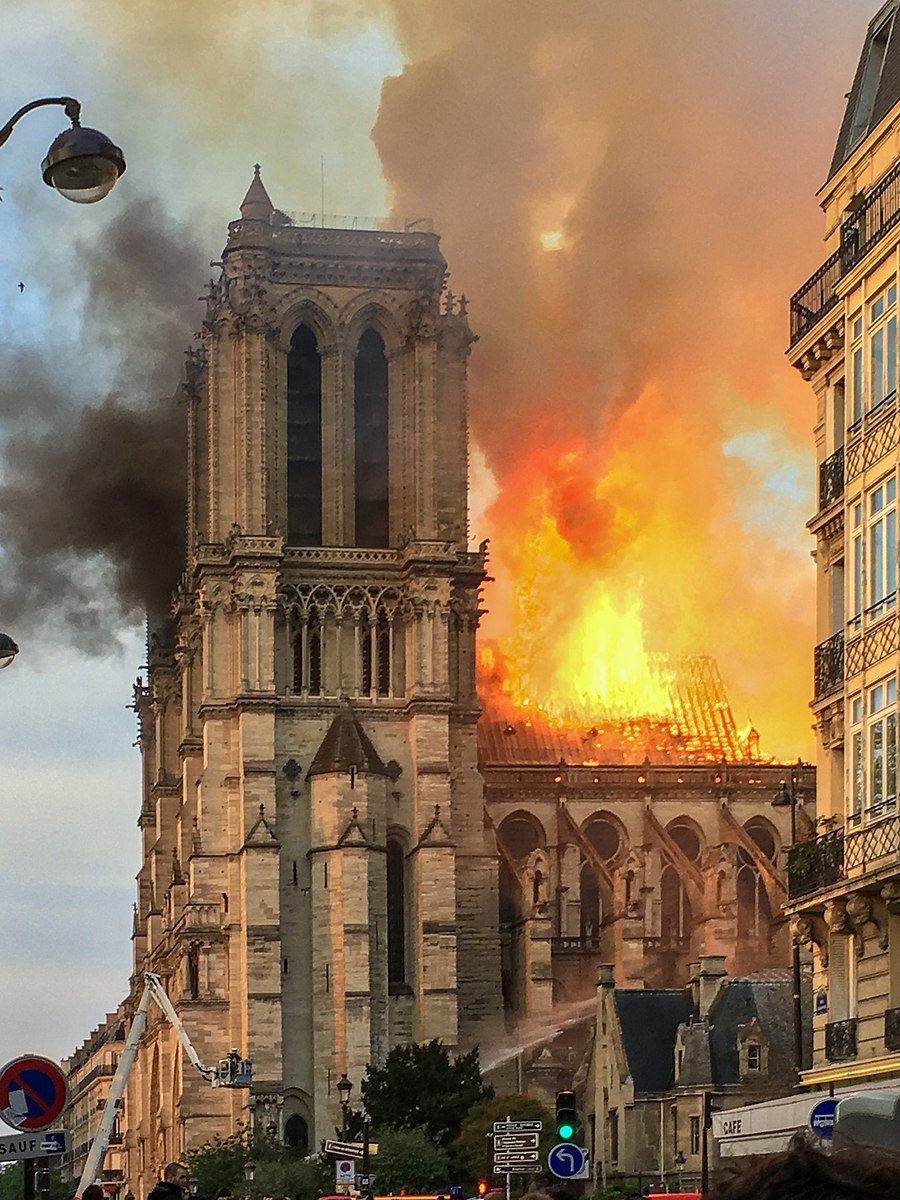 Notre Dame burned just days before my flight to Europe. April 19th, I’ll hop on a jet to cross the pond, flying to Germany to visit two special people. (More on this later.)

I had no plans to visit Paris, but any trip to Europe sweeps me back to my days as a student in the Jr. Year in Munich program. It was a fraught time in America when I applied for this program in 1968. That year was one of the most tumultuous in U.S. history.

After Martin Luther King, Jr. was assassinated on April 4th, 1968, my former West Side Chicago neighborhood went up in flames.

When Notre Dame burned, the site of those flames punched me in the gut. No lives were lost at Notre Dame, but I flashed back to other flames—the flames that shot in all directions from New York’s twin towers and the site of people leaping; the flames that engulfed the community I’d called home during my formative years; of brave firefighters, struggling to contain blazes that would turn vast swaths of my former neighborhood to rubble. (You can view those blazes in the intro to my book trailer below.)

My parents still owned and cared for three small apartment buildings in that community, which had transitioned from all White to all Black within a matter of months. The day after the riots, my parents drove to the still smoldering West Side to take care of a furnace problem in their six-flat.

As I watched Notre Dame burn, these thoughts flew unbidden through my mind.

A Resurrection for Notre Dame

A billion dollars has already been raised to help rebuild Notre Dame. There’s something about a single place or person in trouble that touches people’s souls in a way that doesn’t occur when vast numbers of people or places need humanitarian aid.

This billion dollars represents salvation for Notre Dame, symbolic because it comes in the week leading up to Easter, a holiday that for Christians means salvation through the resurrection of Jesus Christ. A billion dollars should easily cover the cost of rebuiling Notre Dame. My hope is that some of that money will also go to those in need, as the Christian religion commands.

But there’s another angle to the events of the last few days. Notre Dame has been designated a World Heritage Site by UNESCO (United Nations Educational, Scientific and Cultural Organization). You can see the complete list here.

This segue may be a stretch, but just today this photo gallery from National Geographic entered my email string: 25 Cultural and Natural Wonders in Danger.

The intro to the photo gallery notes: “Climate change, armed conflict, and development threaten some of Earth’s greatest treasures—the World Heritage in Danger List calls for their safeguarding.”

So I’m thinking simultaneously of the connection between all these seemingly disparate events—a sort of free association that brings meaning to all this. Notre Dame, a UNESCO World Heritage Site, burns (nothing to do with climate change, just to be clear).

But then an email from Nat Geo comes in to tell me how many UNESCO World Heritage Sites are in danger from climate change and wars—just in time for Earth Day, this year—falling on the day before Easter.

It’s a chance to think about resurrecting UNESCO sites, not only Notre Dame, after the tragic fire, a single iconic structure that everyone could see being ravaged. But we have to remember also the scores of UNESCO sites also threatened by the less silent creep of climate change (and war). For this latter group, there is no dramatic video that the whole world can witness at once. Take some time to look at the Nat Geo photos in the link above—and think about how you could help.

Germany, the start of free association 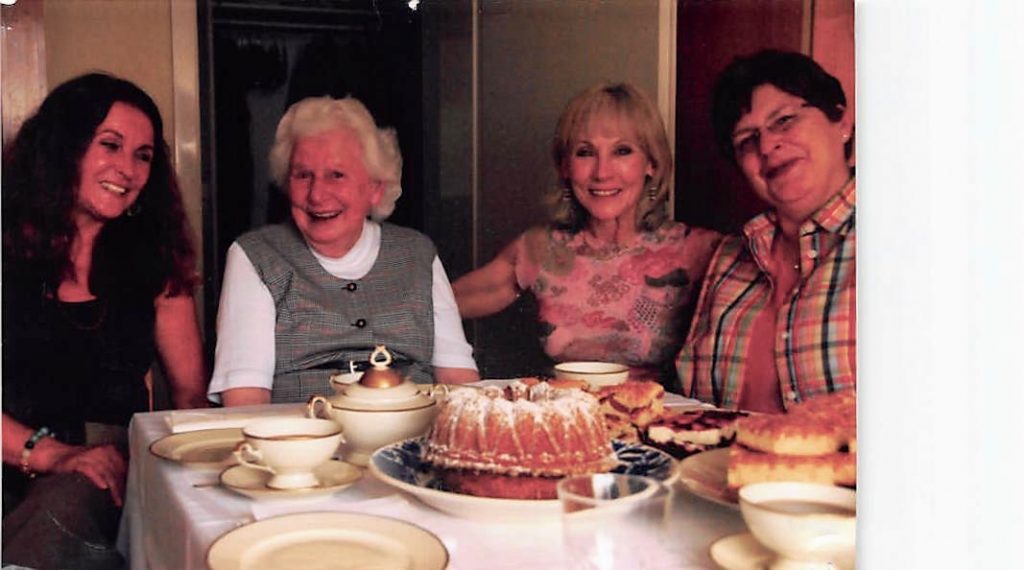 Maria, Meta, Linda, Ingrid (Meta’s daughter) when I visited in 2011. Ingrid baked a special cake, which my grandmother had mentioned in a letter.

I’m flying to Germany to spend the weekend with my cousin, Maria, in the lovely medieval university town of Würzburg. Then I’ll take a train south toward Stuttgart and onward the little town of Nürtingen, where my dear friend, Meta Phleps, now 98 years old lives.

In the vast trove of letters, diaries, photos and much more (25 bankers boxes)to sixty years of letters, to my grandparents, written in German, which I understand. But these letters were written in a century-old handwriting I couldn’t read.

Meta and I worked together via email for more than four years as she deciphered/decoded the handwriting and I translated the letters. These letters formed the bulk of my “Family Archaeologist” blog. You can read about my 2011 trip with Maria and a visit to Meta here.

Funny how this trip to Germany, the tragic burning of Notre Dame, a UNESCO site, and the need to protect endangered UNESCO sites all came together for me just as Earth Day and Easter are around the corner.

Let’s keep the theme of resurrection in our minds this weekend, whether you are a believer in the power of Easter and/or in the power of humans to join together to make a difference for our home here on earth.

Thanks to everyone who subscribed over these past couple weeks to my website to enter the drawing for Redlined’s birthday celebration giveaway. I’ll announce the winner in the end-of-the-month wrap-up newsletter.

Linda, I’ve just ordered your book Redlined. The theme is so similar to my memoir that She Writes Press just accepted – dealing with family issues, race and sexuality while coming of age in the 1960’s. Mine is set in NYC. Congratulations on your awards. I look forward to reading (and studying) your book and the newsletter. I speak with Brooke tomorrow!