Santa and the refugees

Tis the season to spread the magic of Christmas to our children—and a letter from Santa can be just the ticket, especially when the letter comes directly to their door, in a real envelope, from a human being, not via email or text. But that letter can do so much more than promise goodies. It has the power to instill empathy early on. 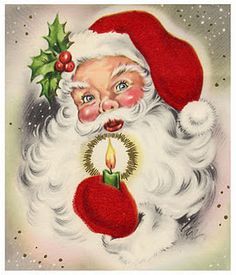 A letter from Santa

When my dad penned a letter from “Santa” in December 1958, to my brothers and me, he had only one means of delivery. But it was Santa’s message, not the method of the letter’s arrival, that has always stayed with me.

Some may think we should bring only the happiest thoughts to our children at Christmas; that if we bring up the plight of those less fortunate, we are somehow depriving our children of the gift of pure joy and happiness at this blessed time of year. I think children can hold both thoughts in their minds and hearts. I know I did, and always have, thanks to that letter from Santa.

Dad used Santa to help his young children gain empathy for others.

As I write this, there are more than 68 million forcibly displaced people worldwide, about twenty-five and a half million of whom are refugees, including a mass of people who have camped at the border of the U.S., hoping to gain asylum status. Many more are trying to rebuild their lives in cities reduced to rubble, caught in the middle of chaos wreaked by war.

How can parents use the power of Christmas to help their young children gain insight into the plight of these desperate people? Santa may be the answer.

Between 1956 and 1958, 200,000 Hungarian refugees had fled the Soviet crackdown on the Hungarian revolution, and Egypt was was expelling what they called the foreign Mutamassirun (“Egyptianized”) community.

In December 1958, “Santa” wrote a Christmas letter to my brothers and me, using his gift-giving image to build empathy for faraway people we couldn’t imagine. But we could imagine Santa, and his words had the power to steer our thoughts beyond ourselves.

The letter begins with whimsy to capture our attention.

My Dear Paul, Linda, and Billy—
How are my 3 little friends this year? It has almost been another year since I’ve last visited you, and my, does that time go fast…so fast that I don’t have all of my work finished for this year.
There have been so many more little boys and girls born that I have been just swamped with work. I even had to hire extra help, 4,000 more elves. As you know, good hard-working elves are hard to get…and so many of them have to know something about radio and electronics because boys and girls want radio and electronic-operated gifts. So scientific elves are more and more necessary. 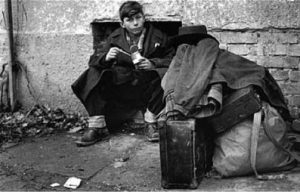 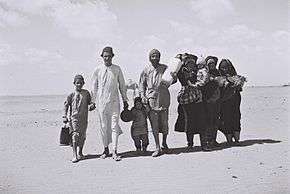 I have some very sad news from some of my helpers. There are going to be many children that I cannot visit this year, at least not with such gifts as you children here in America have every day. The little children of Hungary and Egypt, who have lost their homes and their parents and their friends, these little children ask only to be happy, not for dolls or wagons or toys, and how can I bring them happiness into a land where the people don’t even believe God or even me?

[Of course we know that the people in these lands believed, and still believe in God, but this was the 1950s, so I’m willing to give him some slack.]

Santa’s gift for all people

My little helpers tell me that the soldiers will stop me if I come there with gifts, but this one gift I can always give to all people, and that is the greatest gift of all. It is love and hope and patience and contentment, for with these, although you can’t play with them, and you can’t eat or wear them, you can have happiness for yourself and for those you love.

The letter goes on to compliment us for our good qualities, mildly chastises each of us for naughty behaviors, and recounts the year’s highlights. When I found this letter in our vast family archives (letters, diaries, photos, and much more), which my parents and grandparents had saved over the course of the last century, I was whisked back to my West Side kitchen, where Dad had slit open the envelope with the pen knife he always kept in his pocket (“My, my, what have we here? I believe it’s a letter from Santa!”). 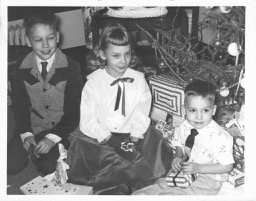 I recalled sitting on Dad’s lap as he read Santa’s message, and was amazed how much that jolly old elf knew about us! (The words to that Christmas song rang true: Santa did see us asleep, awake, bad, or good!)

I hadn’t recalled the details of what Santa had written until I reread this sixty-year-old-letter, but its message of empathy, hope, and love has always stayed with me, like a warm ember glowing in the recesses of my memory.

In our present era, empathy for “the other” isn’t celebrated by the most powerful in the country. Instead we see only self-serving bloviation and disdain for the poor, the needy, the desperate.

The message of this sixty-year-old letter is an antidote to that “me-first” philosophy, and just the tonic children—and all of us—need in this season of “Good Will to Men” and to all people.

Wishing for you all to be surrounded by love and empathy this holiday season.

Very heartwarming messsge that never gets old. Sometimes we need to be reminded of those less fortunate than us. It does not take away from the spirit of the holidays, it should make us more grateful for what we have.

I’m so glad you liked it, Denise. It was really a special letter for me to find in the archives. I have other letters from Santa too, which I hope to share at another time. I agree that when we see what others lack, we should feel special gratitude for what we have. It was a message I heard often. Have a wonderful holiday!