Terror atop the train!

On Christmas Eve 1910, my grandfather, Josef Gärtz, set off on what would become a harrowing journey toward America. His burning dream of a far-off land and the fiery drive he needed to get there, turned out to be the best Christmas gift he ever could have imagined for his future bride and their children and grandchildren. It was a gift that would keep on giving for decades to come. 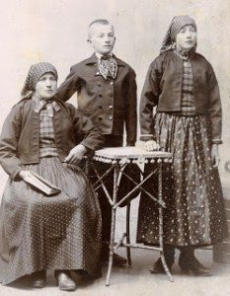 My grandfather, Josef, center, with his mother and sister, both named Katarina. Guessing: ~1902

In 1910, Eastern Europeans overall were inflamed with a passion to immigrate to America, where, some truly believed, the streets were literally paved with gold! (Seventy percent of immigrants to the United States around that time were from Eastern Europe).

My grandfather, Josef Gärtz was among those who caught the spark, and he began saving for his trip to “The Promised Land” when he was fifteen. His decision would change the course of his future-and of course, laid the foundation for my father’s and our family’s lives.

By the time Josef was twenty-one, he felt he had saved enough money to leave his home and family.

The trip was one of family lore, but when I discovered the diary he’d written, as well as his letters to his sweetheart, Lisi, my future grandmother, of his harrowing journey, much of the lore turned to fact.

My grandfather was often impatient, and apparently was so as a young man. I learned from my cousin’s family (from Josef’s  same Transylvanian town, Neppendorf) that Josef didn’t want to wait for the long visa process, so he just took off for America before his exit papers were in order. He almost didn’t make it.

Here is a map of the route he planned to take, starting in Hermannstadt (Sibiu—hard to see on the map), traveling north to Klein Kopisch (Copsa Mica), and then west toward Budapest, through Bratislava (a border stop), and on to Vienna. (Note: This is a modern-day map, but the cities have stayed in the same relative places.) 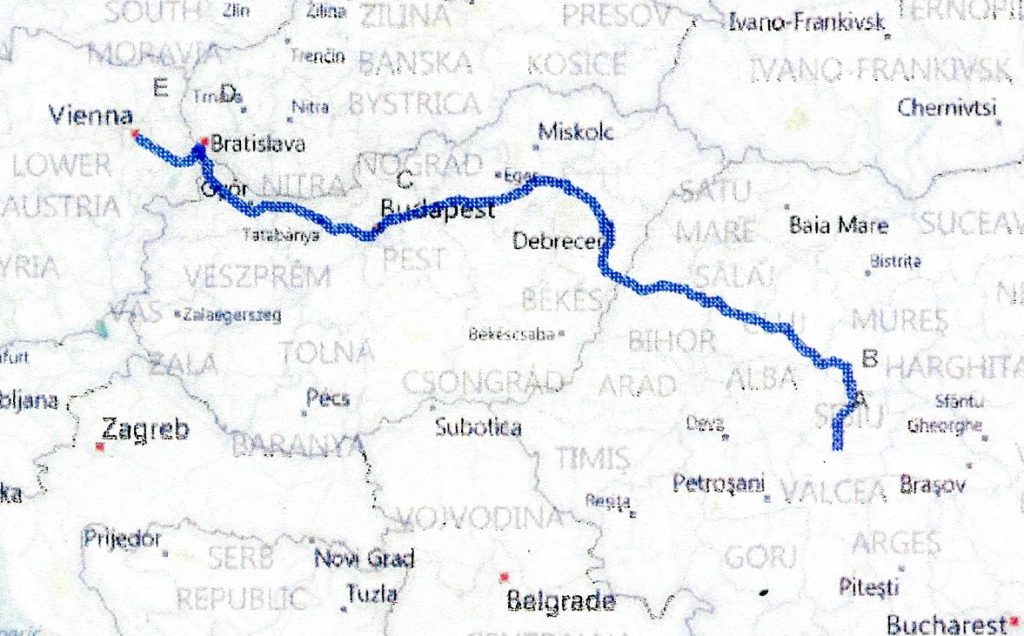 Josef wrote in his diary::
“I left from Hermannstadt [Sibiu] with Lichtneker [a friend] for America.”

Josef’s plan was to hook up with a third friend, Rastel, in a town called Klein Kopisch, and the three would travel together from there. The first snafu occurred almost immediately. When Josef and Lichtneker arrived in Klein Kopisch, went inside the station to buy themselves each a coffee.

Sure enough, as soon as they left the tracks, Rastel’s train pulled in! They jumped up, but by the time they found their friend and gathered their luggage, “the train slipped out right from under our noses, and we had to wait twelve hours for the next one.”

The three friends boarded the noon train to Budapest, about 270 miles away and, based on notes he made on a previous trip, a nineteen-hour train ride. When they arrived in Budapest, on December 26th, he sent another postcard to Lisi Ebner (my future grandmother), this one much more upbeat than the one sent earlier, and signed by all his companions as well:

I’m sharing with you that we have happily arrived in Budapest and today, on the 2nd Christmas Day, we will travel onward with the fast train, God willing. With greetings I wish you a Happy New Year [and] from all my colleagues.

Each signed in his own handwriting, thereby corroborating the friends’ names he had recorded in his diary. 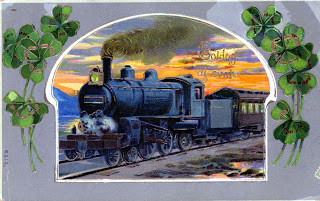 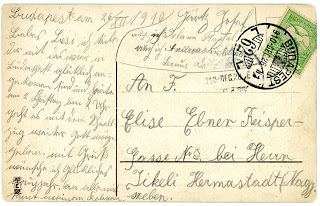 If anything can go wrong…

It would be the last time the three young men would be together, for things went downhill before they ever got to Vienna.

In Budapest, they switched to a fast train to Vienna. In those days, fifteen to twenty miles per hour was “fast.” Josef urged his friends not to sit together, he wrote, “in case they had to get away quickly, but they didn’t listen,” leading me to believe none of the three had proper papers. Josef followed his own advice and sat in a separate compartment with “two colonels.” He fell asleep on the long train ride, which stopped in Bratislava, on the Austrian border. Josef was shaken awake by a border agent. “I threw him a frightened look, but he asked me in a friendly manner where I was traveling to.”

“And what do you do in Vienna?”

The agent ordered Josef off the train. “I knew what that meant,” he wrote. Thinking fast, he concocted a daring solution. “Sure. No problem. I just have to fetch my things,” he told the officer. 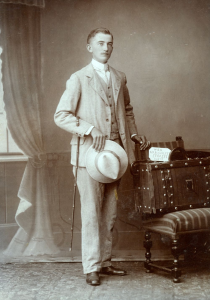 Josef on a previous trip to Vienna, age 20

I left my luggage behind, went out the door, climbed up the ladder, and lay down on top of the car. I cannot thank God enough for sending me this thought. But when the horrid train started to move, the sharp air cut through me so that I thought I would fly away like a piece of paper.

Now picture this: it was December. At best, maybe 25-30 degrees. He would have been battered and buffeted by a frigid windchill for the 37 miles from Bratislava to Vienna. Based on the travel times he had recorded for previous trips, and the train moving at about fifteen miles per hour, that’s two hours he’d have to endure the terror of literally hanging on for dear life, wondering if he’d live to see Vienna, much less America.

In  the next post, we’ll find out what happened.

This post, with slight variations,  was originally published on Christmas Eve 2010 on the centennial of my grandfather’s departure for America.

I often heard the story of the train from my grandfather, but when I found his diary @ letters corroborating the details , it was a thrill. Glad you’re enjoying it.

Wow – what a story! I’ll be looking forward to the rest of the story.

I am posting a link to your story on my Friday Finds post.

Wow. Reminds me of the stories I hear today about Central Americans on their way to the USA

Yes! There are many parallels because immigrants are always seeking a better life. This country benefitted mightily from my grandparents’ immigration (and the tens of thousands of other immigrants). His children and grandchildren finished college (all the grandkids have advanced degrees),and we all have helped our country grow, though electrical engineering and systems engineering at Boeting, to architecture, teaching, TV production, and literature. It’s the American story.

Kathy–thanks so much for posting a link on your Friday Finds. Kristin, I never got the whole story from my grandfather’s tales, but the diary and another letter lays it all out–at the time it happened.

This has always been a favorite family story, so to find documented in my grandfather’s both diary and a later letter to Lisi, was really a find and a treasure. Glad you like it and that Bob enjoyed the book!