Texas, disaster, and my family

The unprecedented rain, flooding, displaced families, and ensuing misery  in Texas this past week takes me back to memories of my dad’s stories and my good times in Texas. 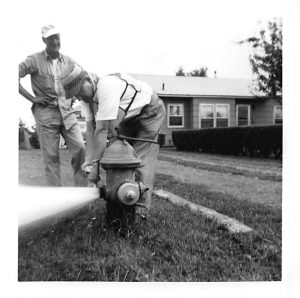 Dad was an engineer for the National Board of Fire Underwriters (NBFU). His job was to inspect cities to check on their preparedness for disasters. One example: was there enough pressure in the fire hydrants to fight multiple fires at one time? (The men opened several fire hydrants simultaneously around the city and stuck a pressure gauge into the flowing water to check.)

I don’t recall any talk about preparation for flood disasters.The NBFU sent its engineers to cities all over its midwest territory, stretching from Texas and Louisiana in the South to Minnesota, Iowa, and Michigan in the north–and states in between. Dad traveled often to Texas–Houston, Corpus Christie, Galveston, San Antonio, Austin, or Dallas. 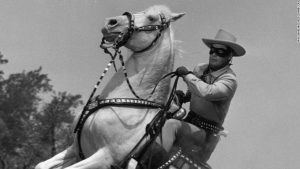 The Lone Ranger & his horse “Silver,” one of 1950s iconic Western TV series.

These are just a few of the exotic (to me) city names that mesmerized me when Dad returned from his long trips and regaled us at the dinner table with stories of these far-away towns. A fan of the ubiquitous TV Westerns in the 1950s, I expected to hear about cowboys in big hats and with a stalwart demeanor, who galloped across high chaparral.

Instead, Dad told me about oil wells pumping away in people’s yards and fire flow tests; or the magnificent capitol dome of Austin, glowing golden in the distance at sunset as he and his colleagues crested a ridge, nearing the end of their 1,000-mile drive from Chicago.

But mostly I remember his stories of  the Flusche family in San Antonio and how there were two little children, exactly the same ages as my brother and me (their names were Mark and Colette). By the time I was in second or third grade, Colette and I had started a “pen-pal” relationship (a rather quaint idea in today’s hyper social-media world).

We visited the Flusche family in San Antonio in 1959, when I was ten, and I’ll never forget the fun we had–telling ghost stories in a darkened back-yard-pitched tent and traveling to their ranch where hundreds of jack rabbits leapt out of our path as we kicked up dust driving down the dirt road to get their ranch home. 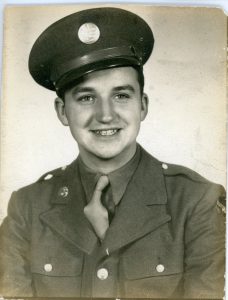 I never quite understood how it was that Dad hooked up with the Flusches, but once I started poring over Dad’s diary and letters in the archives, as well as my Uncle Frank’s letters that he wrote during World War II, it all came into focus. Here’s how it came about, all the facts here taken directly from those who wrote about it at the time.

In 1944 my Uncle Frank Ebner Gartz (the family called him “Ebner” (ABE-ner – my grandmother’s maiden name) was stationed in Hondo, Texas, attending Navigation School for the Army Air Corps. One weekend, the young cadets were bussed into San Antonio for a USO-sponsored dance.

My uncle was adorable in every way. He was good-looking, funny, kind, self-deprecating, smart, and a bit rascally–always out for a good time. After all, he was nineteen in 1944. He later wrote to his parents that he had met a “nice German girl” at the dance (meaning her ethnicity, like his, was German. Both were born in America). Her name was Bertha Koch.

I instantly recognized the name. Bertha was the sister to Mrs. Flusche, the Mom of Mark and Colette. Ah ha! Here’s where it began! Bertha was so much fun to be with, he had written, he gave her his phone number in Chicago.

SPOILER ALERT: I write about my uncle in my book and this is one of the saddest parts. 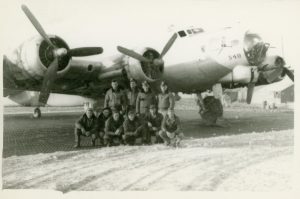 Ebner graduated from navigator school, was sent to Italy on Christmas Day 1944, and navigated twenty missions before the war ended on May 8, 1945. But instead of coming home, he landed a fabulous job, flying around the VIPs (Generals, Congressmen, Ambassadors, etc.) arriving by the droves in Italy to deal with the war’s aftermath. They have appointments “all over the Mediterranean Theater,” he wrote, “and my job is to get them there.” 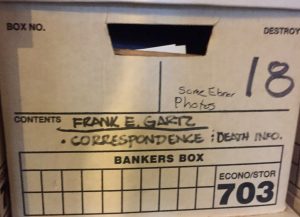 He planned to take a flight home to Chicago in August, but missed it. “Another one will come along,” he assured his parents. Before he could get that next flight, he was stricken with infantile paralysis (polio infecting the spinal cord) and was dead within a week!

Devastated. The family was simply shell-shocked by the news. How could it be? This handsome, charming, lovable guy, adored by all, gone. Forever. But Bertha Koch didn’t know about the death, and when she was in Chicago in 1949, she called that “cute boy” to see what he was up to–and learned he had died.

Uncle Will immediately picked her up at the train station and brought her to my grandparents’ house, where Mom and Dad gathered too, wanting to hear everything she could remember about that USO dance with their dear, deceased Frank. The family got Bertha’s contact info in San Antonio.

One of Dad’s earliest trips for the NBFU was to Houston. His first opportunity, he took a train to San Antonio to meet Bertha and her sister and the whole Flusche Family. I know of this because Dad wrote in his diary and in letters home about their gathering. They treated Dad like royalty, inviting him to their ranch.

He wrote home about giving Mark and Colette “horsey-back-rides,” and how much he missed his own little children.

In 1959, the whole family took a driving trip South and West, and for the first time, I was able to meet my pen-pal, Colette and Bertha Koch, the woman who started it all by dancing with Ebner.

More than forty years later I discovered the Second Bomb Group, with which my Uncle Ebner has been stationed in Amendola, Italy during the War. Their 2010 reunion was in San Antonio, Texas! Of course I contacted Colette, who had by then moved to Houston (where she and her husband live today. I checked in on them this past week and am happy to report that they are safe and dry.)

They met us in San Antonio and took us to visit with Bertha, eighty-six at the time, still lively and happy to talk about meeting my Uncle Ebner. “He had the sparkliest eyes I’ve ever seen!” she reported to me. She recalled the dance with eager nostalgia, as we all do our youths. Bertha is still alive today and still in San Antonio, “and talking as much as ever” reports Colette and her husband.

What a gift I’ve been given to know all these sweet details about people who are long gone, but still speak to me through their words and through the words of the people they knew, all of whom will soon be gone.

It brings me full circle to the tragedies that have now befallen Houston and so many of the cities my dad had visited. I wish all those displaced people and those who have lost loved ones, peace and healing. I’ve contributed to several relief agencies and I hope you have or will too. Here’s a site that tells you where to give:  Where to Donate to Harvey Victims (and How to Avoid Scams)

Read about my family’s life in West Side Chicago, Dad’s long travels even as he and Mom ran a rooming house with eight, often wacky, tenants, the racist lending laws that segregated America, causing the racial changes that came suddenly to our neighborhood, and my parents’ 20-year devotion to buildings and tenants in what became a devastated landscape. 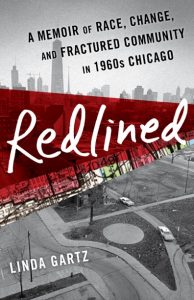 Fascinating as usual; emailed Cease Giddings the other day and she felt safe as she was on the 6th floor of their apt. building…today’s NYT points out that overdevelopment has added to the misery ..the areas where the water would have gone many years ago has been taken up with houses, stores, etc..

Thanks for this delightful new/old chapter in your fascinating family history, Linda!

Thanks, my super supporter and early editor!