I haven’t posted in a  while and almost didn’t post for Thanksgiving, but as scrolling through email this morning I came across this wonderful and thoughtful series of ideas and stories of gratitude from Jesse Kornbluth’s “Head Butler”:

THANKSGIVING: WHAT DO YOU SAY AFTER “I’M GRATEFUL?” 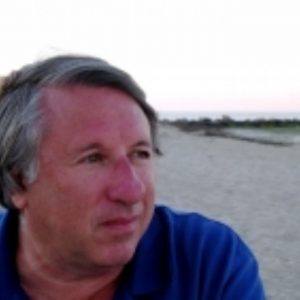 If you don’t know of Kornbluth’s regular newsletters (almost daily at the start of the pandemic), I highly suggest checking them out and subscribing. He always has something interesting to say – something that will get you thinking, smiling, maybe angry, but mostly hopeful. He’s a wonderful “cultural concierge.”

There are many more gems in today’s Head Butler post. Check it out and have a wonderful, gratitude-filled Thanksgiving. As Jesse says, it’s good to leave toxic people behind and focus on those who recognize the goodness in you. Keep your eyes on the future. 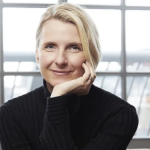 A GOOD HUMAN STORY: “I WAS STUCK ON A CROSSTOWN BUS IN NEW YORK CITY DURING RUSH HOUR. A PREGNANT WOMAN GOT ON, AND NOBODY OFFERED HER A SEAT. RAGE WAS IN THE AIR. AND THEN THE BUS DRIVER…”

from Elizabeth Gilbert:
Some years ago, I was stuck on a crosstown bus in New York City during rush hour. Traffic was barely moving. The bus was filled with cold, tired people who were deeply irritated with one another, with the world itself. Two men barked at each other about a shove that might or might not have been intentional. A pregnant woman got on, and nobody offered her a seat. Rage was in the air; no mercy would be found here.
But as the bus approached Seventh Avenue, the driver got on the intercom. “Folks,” he said, “I know you have had a rough day and you are frustrated. I can’t do anything about the weather or traffic, but here is what I can do. As each one of you gets off the bus, I will reach out my hand to you. As you walk by, drop your troubles into the palm of my hand, okay? Don’t take your problems home to your families tonight, just leave them with me. My route goes right by the Hudson River, and when I drive by there later, I will open the window and throw your troubles in the water.”
It was as if a spell had lifted. Everyone burst out laughing. Faces gleamed with surprised delight. People who had been pretending for the past hour not to notice each other’s existence were suddenly grinning at each other like, is this guy serious?
Oh, he was serious.
At the next stop, just as promised, the driver reached out his hand, palm up, and waited. One by one, all the exiting commuters placed their hand just above his and mimed the gesture of dropping something into his palm. Some people laughed as they did this, some teared up but everyone did it. The driver repeated the same lovely ritual at the next stop, too. And the next. All the way to the river.
We live in a hard world, my friends. Sometimes it is extra difficult to be a human being. Sometimes you have a bad day. Sometimes you have a bad day that lasts for several years. You struggle and fail. You lose jobs, money, friends, faith, and love. You witness horrible events unfolding in the news, and you become fearful and withdrawn. There are times when everything seems cloaked in darkness. You long for the light but don’t know where to find it.
But what if you are the light? What if you are the very agent of illumination that a dark situation begs for?. That’s what this bus driver taught me, that anyone can be the light, at any moment. This guy wasn’t some big power player. He wasn’t a spiritual leader. He wasn’t some media-savvy influencer. He was a bus driver, one of society’s most invisible workers. But he possessed real power, and he used it beautifully for our benefit.
Happy Thanksgiving to all!

Thank you for this moment of beautiful encouragement and altruistic love.

I’m so glad it resonated with you, Karen. I thought it really captured what we try to feel and share on Thanksgiving. Thank you for commenting!
Linda

What a beautiful story, Linda! I love how this essential worker transformed the atmosphere of the bus. And perhaps some of the lives inside the bus. The story, however, has even more power. Thanks for sharing it with me today.

Hi Shirley,
This is a way-late reply, but I’m so glad that Thanksgiving story resonated. I found it just what was needed in our continuing pandemic world. Let’s tone down the screaming. Let’s be kind.