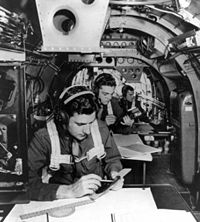 Frank answers both my parents’ letters from a few days earlier. His concerns about his coursework are increasing: he’s now flunked two exams. Instead of “I’ll be all right,” as he wrote his parents, he now writes: “I’m going to make it—I think.” The specter of “washing out” and being sent to the infantry haunted these young navigation students.

He also reflects back on his “youthful days” (he’s only twenty here!) and wishes he’d been a “better son” to his hardworking dad. Being away from the comforts of home and family, added to the serious business of his future in the military, has matured him beyond his years. It’s also a fitting recognition of Dads in the month of Father’s Day.

At the very end are quotes Frank added to his letter. They are excerpts from actual letters written by families of servicemen (usually wives) seeking financial assistance from the government. They are rib-tickling funny in their misbegotten prose. Read on…

Dear Fred and Lill,
I wrote you a letter just before I hit the jackpot. Thanks for the two letters. They portrayed the same thoughts but were good.

Since ladies come first I’ll answer Lillian’s questions first. I would have liked to talk to you kids again but that’s just my luck. I tried to phone all day on Mother’s Day but I just couldn’t get the line through. I did get the present and I’m very glad you sent it. By the end of May I was broke and it would have been sooner had I not received your gifts. Thanks again!

So you have seen part of my family well as Dad would say you should see the 5 in the old country. I might have become huskier but I lost 15 lbs since I’ve been here and I’m going to hold it at that. I’m down to 180 now and feel fit as a fiddle. All except my ankle. I sprained the damn thing again and this time worse than ever. The doc wanted me to stay in the hospital but not for me. I’ve got 2 weeks light duty and I’m going to make the best of it.

You ask how I’m getting along. Well to tell the truth not as well as I expected but I’m going to make it, I think. I flunked 2 exams so far but I found out the reason and am working to correct it.

Thank Fred for me for helping Dad. [We learned in earlier letters that my grandfather was suffering from an infected knee, hampering his janitorial duties]. I wish I could be back there to do it myself. You know when you are in the service you get a lot of time to think of the good and bad you did in civilian life and I think the worst I’ve ever done was the way I treated Dad. Oh I didn’t beat him up or call him names but I can think back all the times he needed help and I had a date. Fred and Will always did help Dad and I was the wise guy who always would get out of the work. Maybe I was too young to realize what I was doing. I wish I had the foresight I have now. I wish I could re-live those days. Boy how different I would be. Well it’s no use crying over spilt milk they say so I’ll quit my yapping.

Well as you speak of sports I hope you get around to doing some of the out of door variety but as for me I’ve had too much of that type and how! Well I guess I’ll get some more. Take it easy Lillian and now I’ll get to Fred’s letter.
Hi Boy, — say thanks for all the dope on the oxygen regulator – it was sure interesting and I’ll sure make use of it.

The birthday didn’t pan out the way I wanted it to but I had a pretty good time.

I couldn’t finish yesterday but I’ll continue today and try to knock it out.
That light duty I got cost me my pass for the duration of the convalescence but today it paid off. All the squadrons have to march in a big parade and inspection today and I get out of all that misery. Well now to get back to your letter. I don’t get that German you stuck in the letter (Hülle und Felle) it’s just a bit of slang isn’t it? I mean like the stuff going around here “Hubba Hubba” for a pep cry. If it has a translation please send it to me.

Don’t ever say you can’t write a letter. It’s just the frame of mind you place letter writing. I don’t know if mine are any good because I never re-read a letter after it has been written. I like your mode of writing as it’s as if you were talking to me and that’s just the way letters are supposed to be written.

I see you have been associating with some southerners you all have Possey! I’ve got a fellow in my barracks whose every sentence begins with you all. It’s slowly driving me nuts.
I just got the results of the latest exam. I got a 70 in it. I would have gotten a better grade had I kept my head out of my ass. I hope I don’t spoil Lill with my slang and profanity.
Enclosed you will find a little something I picked up from the boys.

Well till I write again it’s,
Loads of love from your little broder, Frank

BELOW IS AN ENCLOSURE SENT WITH THIS LETTER TO FRED AND LIL.

The quotes are hilarious—and goes to show why good writing counts!

The following sentences about allotments were taken from actual letters from wives, mothers, fathers, etc. of men who are actually in the service.