Chauvin conviction a rarity. Chances for convicting a police officer of murder about 1 in 2,000.

On May 28th last year, I wrote about Chauvin kneeling on the neck of George Floyd in a post entitled: “Murdering George Floyd.”  What I witnessed was clearly a murder, recorded by a seventeen-year-old, for all the world to see.  Of course, “murder” is a legal term, and until a jury actually renders a verdict, that term may not be what the justice system calls the act of killing another person, especially not if the perpetrator is a police officer. 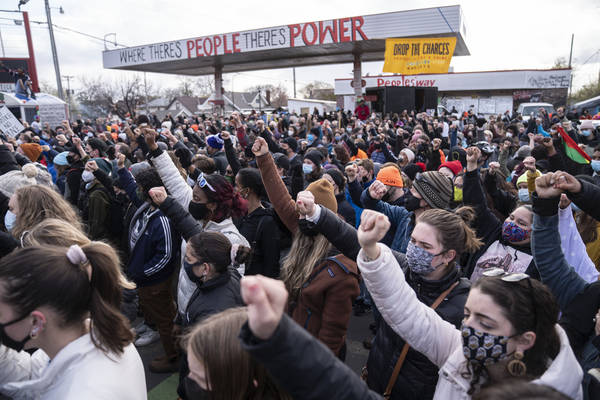 A 1 in 2000 chance of convicting a police officer

This time the justice system came through for a Black victim, but according to the New York Times, that conviction was “an exceedingly rare event.” It goes on to say:

“There have been only seven murder convictions of officers for fatal police shootings since 2005, according to Philip Stinson of Bowling Green State University. That suggests the chances of a killing by the police leading to a murder conviction are about one in 2,000.”

With such a rare outcome, Minneapolis (and Chicago too) had National Guard on hand, knowing the odds of a conviction are so small. Yet the video taken by Darnella Frazier, led to the “Believe your eyes” prosecutors’ drumbeat. I saw murder, and the jury did too.

With a sense of relief washing over the gathered crowds, tears, hugs, Black power fist pumps in the air, there was also the feeling that something has shifted, even if slightly. Some are not calling this “justice” because of the number of [mostly white] police officers who have, over decades, killed a disproportionate number of Black people, whose deaths never received justice. But the Chauvin verdict on two counts of murder and one count of manslaughter was at least  “accountability.”

You may have seen Jake Tapper’s [CNN] tweet, including an image of the original Minneapolis police report, entitled “Man Dies After Medical Incident During Police Interaction” [my bolding]. Tapper writes, “Seriously, read it again knowing what we know.”

What we know is that this report is a bald-faced lie. If not for Frazier’s video that went viral, it would have simply been the officers’ word against the word of the witnesses. The video allowed the world to see what happened—and to react.

We saw the world react with horror. Hundreds of thousands took to the streets around the globe. It was the first time in history so many white people joined in the protests against systemic racism. And we’re in a different era as well. The video of Rodney King, offering no resistance, being viciously beaten with batons by Los Angeles police, resulted in no guilty verdicts for the offending officers. On March 7, 1991 (thirty years ago) there was no use of the internet by the general public, no Twitter, no Facebook, no “social media” at all. Riots, with few whites joining in the outrage, erupted in Los Angeles after the police officers were all found not- guilty for their savage assault on King. We’re making progress, even if slowly.

Now with Attorney General Merrick Garland pledging that the Justice Department will investigate Minneapolis policing practices, we can hope to find out more about the culture of policing in that city, which hopefully will be a warning to other police departments nation-wide to clean up their acts.

For now, I can only say I’m relieved with this verdict, but “joyful” is not the word I would use, nor one we should cling to. Let’s be hopeful that this conviction will bring more scrutiny into the blatant and implicit bias that led to George Floyd’s death.

Thank you for reading.